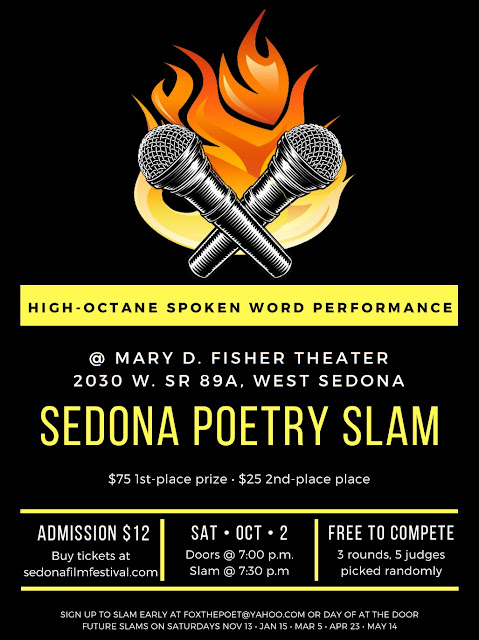 Slam poetry is an art form that allows written page poets to share their work alongside theatrical performers, hip-hop artists and lyricists. Poets come from as far away as Phoenix, Tucson and Flagstaff, competing against adult poets from Sedona and Cottonwood, college poets from Northern Arizona University and youth poets from Sedona Red Rock High School. All types of poetry are welcome on the stage, from street-wise hip-hop and narrative performance poems, to political rants and introspective confessionals. Any poem is a “slam” poem if performed in a competition. All poets get three minutes per round to entertain and inspire the audience with their creativity.

The upcoming poetry slams of the season will be held Saturday, Nov. 13, featuring Damien Flores of Albuquerque, N.M.; Saturdays, Jan 15; March 5, featuring Bernard “The Klute” Schober, of Phoenix; April 23; and May 14. 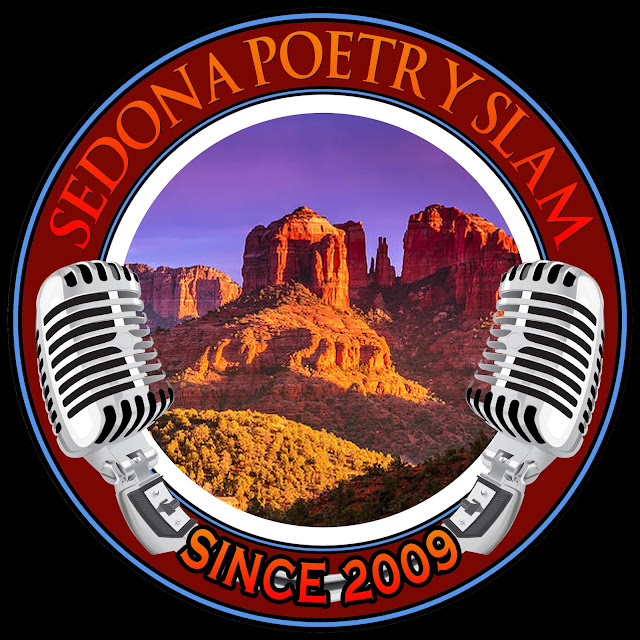 The thoughts of Foxthepoet at 6:54 PM