If you met Christopher Fox Graham on the street, you wouldn't know he was a walking repertoire of 1,800 poems.
If you saw him in a dark, crowded room on a stage, you would know he is a master slam competitor of nearly 100 poems.
This Saturday he could pull out one of 12 poems from his arsenal at the Northern Arizona (NORAZ) Poets Grand Slam event, being held at 7:30 p.m. at the Orpheum.
Graham is among the 10 poets competing for the Grand Slam title. The top five finishers will qualify to compete in the National Poetry Slam in Albuquerque in August.
A poetry slam differs from an open-mic poetry reading in a couple of different ways. Slam poets have three minutes for the reading, can use drama elements while performing and are judged by non-poets from the audience. Performers are scored on a scale of 0-10 with one decimal, just like the scoring in the Olympics.
To compete in the NORAZ Grand Slam finals Saturday, poets had to compete in at least five slams prior to this one. There were 19 poets in northern Arizona that fulfilled that criteria, and Graham finished second in the overall point total.
Graham began reading poetry publicly on Oct. 11, 2000. Three months later, he won his first poetry slam and then quickly rose in the ranks with the help of his poetry mentor, Sally Y in Tempe.
While flash and dash may impress some, Graham believes in the fundamentals of poetry writing. "A good poem slams itself," Graham said.
He also sited examples of his favorite dynamic poetry readers.
"Christopher Lane is an amazing performer," Graham said. "Dan Seaman reads a very imposing poem about his grandfather in the mines in Jerome. It is incredible."
Graham's sincere and quiet poems have helped launched his success in competitions. He was a member of the inaugural Flagstaff National Poetry Slam Team that competed at the 2001 National Poetry Slam in Seattle.
Since then, he's been the former Slam Master of the Flagstaff Poetry Slam, founder of the Flagstaff Area High School Poetry Slam, two "Zoning-Out in Vegas" poetry tours, a co-founder of the four-person, 3-month-long "Save the Male" National Poetry Tour that performed in 26 states and Canada in summer 2002, and was a bout manager at the 2003 National Poetry Slam in Chicago.
He placed second in the 2002 Arizona All-Star Slam, third in 2003, and fourth in 2004, against the 15 best slam poets in the Southwest. He was also the Grand Slam Champion of the inaugural NORAZ National Poetry Slam Team that competed and placed 24th at the 2004 National Poetry Slam in St. Louis.
Those competing this year are Logan Phillips, of Flagstaff; Aaron Johnson, of Flagstaff; Al Moyer, of Flagstaff; Ryan "Guts" Guide, of Flagstaff; Meghan Jones, of Flagstaff; Christopher Lane, of Sedona; Sharkie Marado, of Sedona; Eric Larson, of Prescott; Rowie Shabala, of Flagstaff; and Graham.
In June the five-member NORAZ team will compete with a team from Denver in Sedona.
"They are a really good community and we really support each other in competition," Graham said.
Graham's education and career choices also reflect his love of language. He received a Bachelor of Arts in English and history from Arizona State University. He currently is a copy editor of The Red Rock News in Sedona.
"Words are pretty much all I have," Graham said.
Tickets are $10 for adults and $7 for students with ID.
The thoughts of FoxThePoet at 11:07 PM No comments: 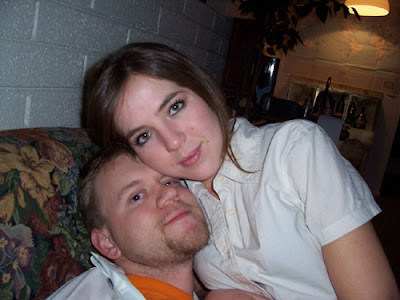 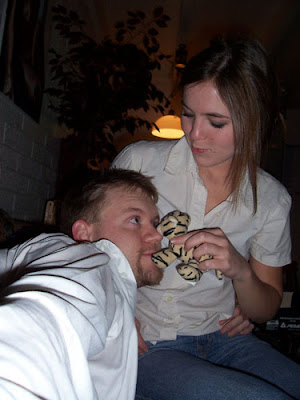 The thoughts of FoxThePoet at 11:48 PM No comments: