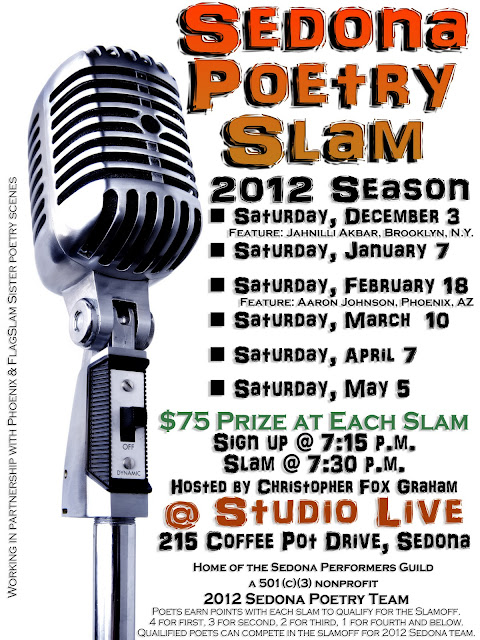 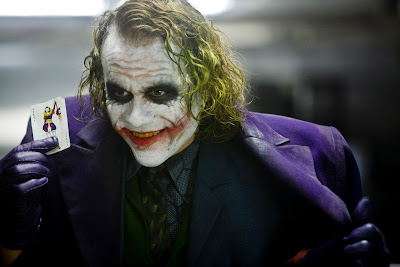 If you're here
He's not
I'm not
And I'm sure you'd like to know why we're not Ill tell you ....
He loved her
And she's not here right now because of you

....Fame is a disease
We all got it We're all sharing needles with it If you're not careful

You will die before you die

I mean, look at us
NO!
NO!
Silly!
Put the suicide note down
AND LOOK AT US 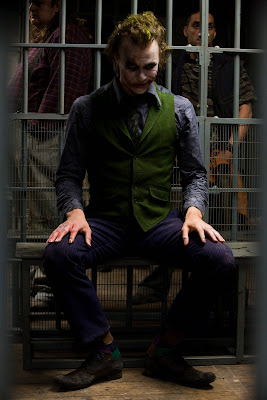 Look at all the bottles on the floor
Half of these things I cant even pronounce
But
Did you notice "Xanax" reads the same forward and backward?
No?
I thought it was funny
Anyway
Apparently my apartment on Broome Street
Did not sweep enough under the rug
So now you see what you've done
Now you know how I got these scars
See, the camera keeps rolling
Like a wheel
Turning your insides
You can't have a normal life
Without a production team
With a search warrant for your bad day
How many tabloids do you think it took to ruin him, hmm?
How many gossip sites did it take?
How many lines of cocaine do you think we need to forget
That everyday we're getting farther and farther away
FROM EVERYTHING We love
Oh you thought he was acting?
Oh You think I'm not real
Oh I'm real
REEL TO REEL
And when you 're sick with fame like him
You need people like me to keep you laughing
So when the lady left with everything
I said "Why So Serious?"
Just take two Ambien
Those are good for the nightmares
Take one of these
Two of those
A whole fuckload of these

Marshall "Soulful" Jones cannot be stopped. Do not be deceived by the sultry name this poet brings pure power to the mic. His style, a fusion of raw hip-hop tenacity neo-soul vocal mastery and an excellent command of the English language. With an overflowing imagination and an arsenal of talents Soulful has a wellspring of ideas matched only by his seemingly unlimited versatility and creativity. With many voices Soulful speaks to the laymen, the scholar, the feeler and the thinker. He sees no boundaries nor limitations accepting neither label nor branding. He is always one step ahead of himself approaching poetry from new and exciting angles leaving no topic safe from his pen.

Be it the humor of today's technology, the vulnerability of true manhood or the somber conditions of African-American life Soulful desires to touch everyone.Whether slamming or simply sharing, his drive and passion for the art are apparent in his delivery and his presence.


Bio from Words With a Pulse.
The thoughts of FoxThePoet at 9:10 PM 2 comments: 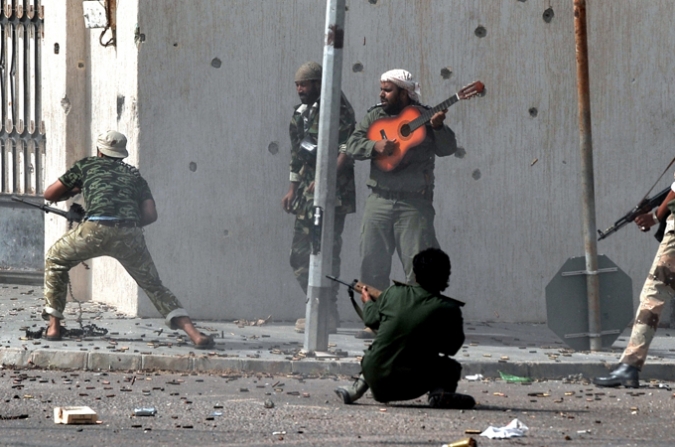 This Libyan scene apparently picked the worst time and place to busk ... or is recording a new Jaguar Paw song in the midst of a street battle involving heavy, high-caliber weapons fire and a touching acoustic guitar.

Jaguar Paw is a Sedona Dada punk band. The song will likely be on the forthcoming album.
The thoughts of FoxThePoet at 8:21 AM 1 comment: 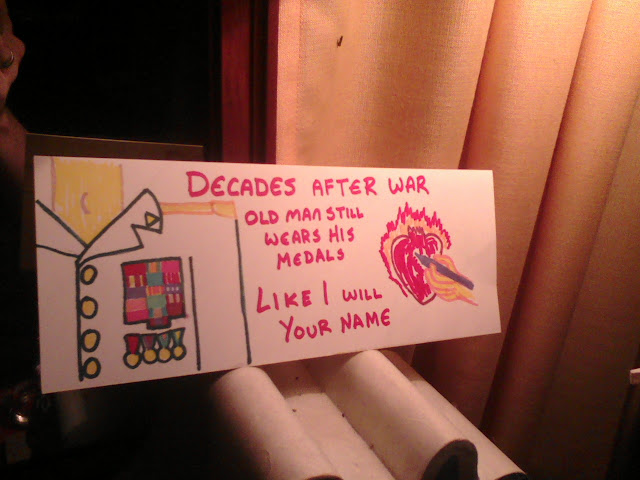 Decades after war
Old man still wears his medals
Like I will your name
The thoughts of FoxThePoet at 8:00 AM No comments:

"A Constellation of Scars" by Christopher Fox Graham

the first thing I notice are her scars:
she's a wandering tomboy
with more cuts and scrapes
than a hardbody Buick in an action film
but she's never been broken

she says she wears her scars like a constellation

but open wounds grow a thicker skin
and 24 years of a bleeding heart
made her impregnable
the manufacturers of castles,
SWAT team body armor
and 747 black boxes
are negotiation to duplicate her skin as a prototype

but she only answers e-mails from war orphans
and young widowers who bury their first loves
because only they understand
what she teaches:
how to survive after the world ends
and do it with a smile
and the belief that everything is still beautiful

until I came across the last one
on which she had written in invisible ink,
that only glowed when I kissed her
drunk with love
“there is no mystery to solve, boy,
I just wanted someone to come this far”

by then I learned her scars so well
that if they sang musical notes
I could play her like a symphony in the dark
the strings of her arms hummed work songs
learned alongside peasants in El Salvador
the percussion of her feet
beat bass rhythms of the wandering road
snare-drumming stories to mark the miles
between hitchhiking pickup spots
the brass of her legs intoned harmonies with strangers
like she was rearranging the stars
as if Rigel, Mintaka and the Horsehead Nebula
separated by thousands of light years
had any clue we call them Orion
and that in the bed of a pickup truck
in an empty parking lot
she and I use that unexpected relationship
between irrelevant clumps of hydrogen
to ignore the sheer absurdity
of how strangers become lovers
to kiss for the first time 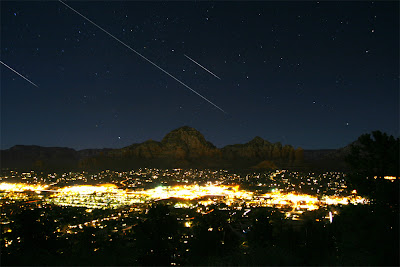 “you see,” she says
“why I wear these scars like a constellation”
shooting stars scar the face of Sagittarius
or cut Hercules in half
but once they fall to Earth
it's as if they never happened
and no matter how many broken satellites
may scar the sky in your brief lifetime
we are just the dust of stars
condensed into living stories
the burning suns that make up these limbs
have been on fire for eons

shooting stars only last a second
but you can wish on these scars
until we swirl together as stardust
and burn bright as sun
The thoughts of FoxThePoet at 11:14 AM 3 comments: