"A New Hand" by David 'Doc' Luben, of Portland (formerly of Prescott) at the Aug. 5, 2013 Vancouver Poetry Slam

"A New Hand" by David 'Doc' Luben, of Portland (formerly of Prescott) at the Aug. 5, 2013 Vancouver Poetry Slam
The thoughts of Foxthepoet at 8:49 PM No comments:

On the 50th anniversary of the Apollo 11 moon landing 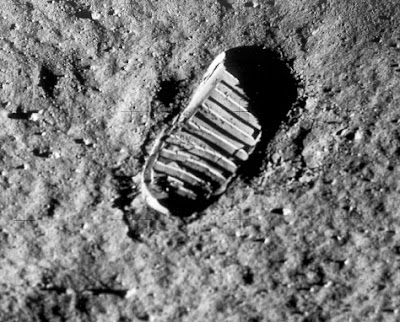 Photojournalist Tom Hood and I were invited by Lowell Observatory in Flagstaff to cover a speech by astronaut Neil Armstrong related to the unveiling of the first images recorded by the Discovery Channel Telescope on July 20, 2012, on the 43rd anniversary of the Apollo 11 landing on the moon.

The recording of Neil Armstrong's speech has some funny lines and beautiful imagery:
“Almost a half-century ago, some astronomers designed an experiment. The idea was deceptively simple: Compute the distance between the Earth and the moon based on the time it would take for a beam of light to travel up to a mirror located on the surface of the moon and to reflect it back to Earth.”
“I wasn’t one of the scientists on this project — I was sort of technician. My job in the experiment was to install the mirror."
“It may not be obvious why anyone would want to measure the distance to the Sea of Tranquility within 11 inches, but we had to have some way of confirming our mileage for our expense account.”
“The mirrors are expected to be busy for many years to come, which gives me enormous satisfaction as a technician on the project.”

“From the Sea of Tranquility, the Earth hung above me 23 degrees west of the zenith, a turquoise pendant against a black velvet sky.”
“The home of the human species is not inherently restricted to Earth alone. The universe around us is our challenge and our destiny.”

“Thanks to everyone here for being a part in this civilization.”


It turned out to be Armstrong's last public speech [and second-to-last interview; his last being with an Italian radio station] gave before his death on Aug. 25, 2012.

The video to which he referred at another speech in Australia in 2011:

Buzz Aldrin and Neil Armstrong also left behind an American Flag, a plaque, an olive branch-shaped gold pin, messages from 73 world leaders, a patch from the Apollo 1 mission that, during a training exercise, combusted and killed three American astronauts, and medals in honor of two of the first Soviet astronauts who had died in flight.


The video highlights of the three-hour moonwalk include a clearer picture of Neil Armstrong's descent down the stairs of the lunar module, which was taken from the Parkes Radio Observatory and the Honeysuckle Creek tracking station outside Canberra on 21 July 1969 (Australian time).
The long-forgotten video footage was uncovered during a decade-long search for the original recordings of the moonwalk, and involved lengthy detective work and clandestine meetings, says astronomer and telescope operator John Sarkissian from the CSIRO at Parkes, who headed up the search.
At the time of the Moon landing, three stations - Goldstone in California, Honeysuckle Creek in Canberra, and Parkes in New South Wales - simultaneously recorded the events onto magnetic data tape. The direct recordings were not of broadcast quality, says John, so they had to set up a regular TV camera pointed at a small black-and-white TV screen in the observatory to obtain higher-quality images that could be relayed to television stations around the world.
"Original signals weren't HD quality TV. They weren't even broadcast quality, even by 1969 standards," he says. "They were better than what was broadcast to the world; that's why we went looking for them ...".

The Goldstone camera settings to convert Neil's descent down the stairs were not correct and showed an image too dark to see. So the decision was made to switch to the Honeysuckle Creek footage, and after eight minutes, to the Parkes footage, which was used for the rest of the moonwalk.
It was this clearer footage, which had not been seen since 1969, that John and his search team were hoping to recover from the NASA archives, where the tapes had been sent.
Unfortunately, they hit a roadblock. "We discovered, to our horror, that in the 1970s and 80s NASA had taken the tapes in the national archive and erased them all to record other missions."
About 250,000 tapes from the Apollo era, likely including the 45 tapes of the moonwalk, are likely lost forever.
After some digging, they found that in the 1980s someone made a VHS tape of the Honeysuckle Creek magnetic tape, "a bootleg copy if you like, that was severely degraded," John says. A copy of that copy was given to an Apollo enthusiast who was tracked down to Sydney by the search team. This footage included a brighter and clearer version of Apollo 11 mission commander Neil Armstrong's descent to the lunar surface and was used to replace the darker Goldstone images at the start of the broadcast.
At the awards ceremony, select scenes from the entire restored video will show Neil's first step on the Moon's surface, Buzz Aldrin's decent of the lunar module ladder, the plaque reading and the raising of the U.S. flag.

Had the Apollo 11 mission failed, the White House had planned for President Richard Nixon to give this speech, which remained quietly in government archieves. The speech is heart-wrenching, even if it was never needed: 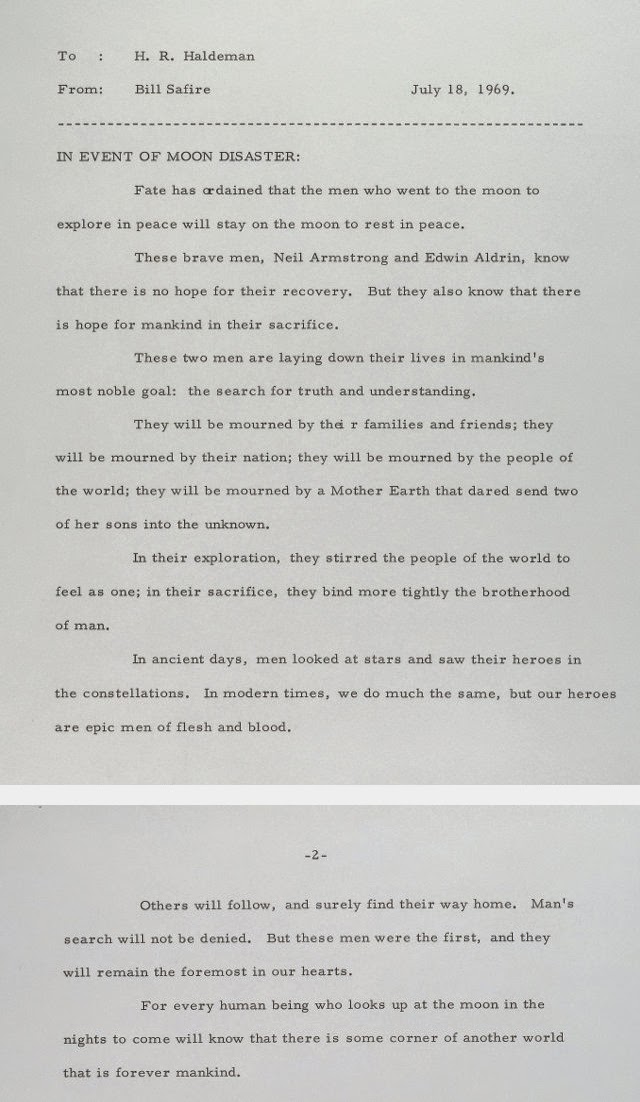