The "Just Because" house party 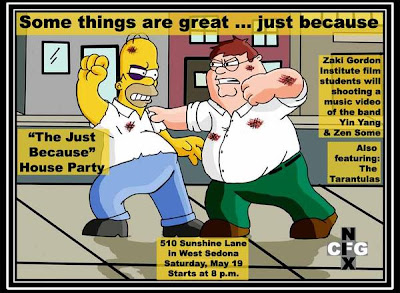 (Originally intended as a birthday party, but the guest of honor can't make it, so we're throwing the party just because.)

You've been hearing about the party since March, so here are the details:

Two live bands:
Yin Yang & Zen Some
and
The Tarantulas.

Film students from the Zaki Gordon Institute of Independent Filmmaking will be shooting a music video of Yin Yang & Zen Some's song "Robots Attack!" so come in your best digs and get ready for some screen time!
The thoughts of FoxThePoet at 8:25 AM No comments: 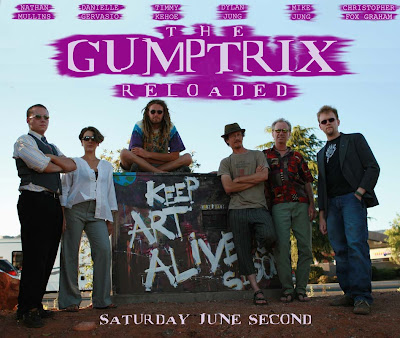 The thoughts of FoxThePoet at 11:59 AM No comments: