the boy, now a teen measures stars with his telescopes
built from leftover parts
shaping steel and mirrors
to bend the light down into his hands
he wants to hold the weight of stardust in his palm

the boy, now a man,
works on Mars Hill
the evening shift at Lowell Observatory
scouring the images for differences
one single speck out of place
but these were skies he could paint from memory

on a night like tonight
a cold February
the man became a boy again
when he found a spot hide-and-seeking with him
telling him the stars and planets were looking back at us
an undiscovered instrument making music he was the first to hear
a ninth symphony he held for a moment
heard alone, echoing in solitary discovery
before he shared it with the world

76 years later,
nine years after his death
mankind's ship in a bottle
broke the bonds of earth to reach out
and find New Horizons
in the cold dark of space

in a case no bigger than heart of a boy
now 2.97 billion miles from Kansas
from Mars Hill
from our entire history
are the ashes of the man who first heard the music

after six years alone in the dark
he traveled farther than anyone in history
to visit a world unseen by human eyes
and last July, the man became a boy again
matching his imagination to the globe in front of him
visiting an undiscovered country held for a moment
a solitary discovery
before he shared it with the world 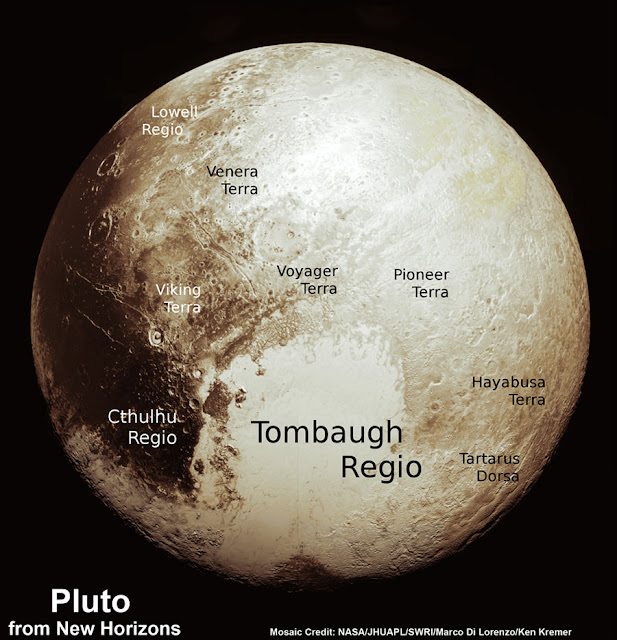 at that distance, signals and light take 4 and half hours to reach home
in those hours, Clyde Tombaugh,
you had a world captivated in the silence
waiting 4 billion years
for someone to visit

what did you talk about?

did she ask what the sun feels like when so much closer?
how it warms your skin in summer?

did she tell you her story?
what it’s like to be so far away, alone in night?
how her years pass in centuries?

did you tell her about us?
about Kansas
about Mars Hill
about what it feels like to hold stardust in your palm?
did you tell her there were 7 billion boys and girls back home
waiting to see her for the first time?

or did she just sing a song?
one half of an unfinished duet
a harmony you already knew
something slow and beautiful
a secret only two lovers can understand
The thoughts of FoxThePoet at 10:58 PM No comments:

"The Crowd's Choice" by Jesse Parent

Yeshua bar-Abba, (Jesus Barabbas, a Hellenization of the Aramaic בר אבא) is a figure mentioned in the accounts of the Passion of Christ, in which he is an insurrectionist whom Pontius Pilate freed at the Passover feast in Jerusalem, instead of releasing Yeshua of Nazareth, better known as Jesus.

Subscribe to Button! New video daily: http://bit.ly/buttonpoetry
If you loved this poem, check out Javon Johnson: http://bit.ly/1xkYEPp
Performing during prelims at the 2014 Individual World Poetry Slam.

Button Poetry is committed to developing a coherent and effective system of production, distribution, promotion and fundraising for spoken word and performance poetry.

We seek to showcase the power and diversity of voices in our community. By encouraging and broadcasting the best and brightest performance poets of today, we hope to broaden poetry's audience, to expand its reach and develop a greater level of cultural appreciation for the art form.
The thoughts of FoxThePoet at 9:44 PM No comments:

A revised of David Bowie's Space Oddity, recorded by Cmdr. Chris Hadfield on board the International Space Station. 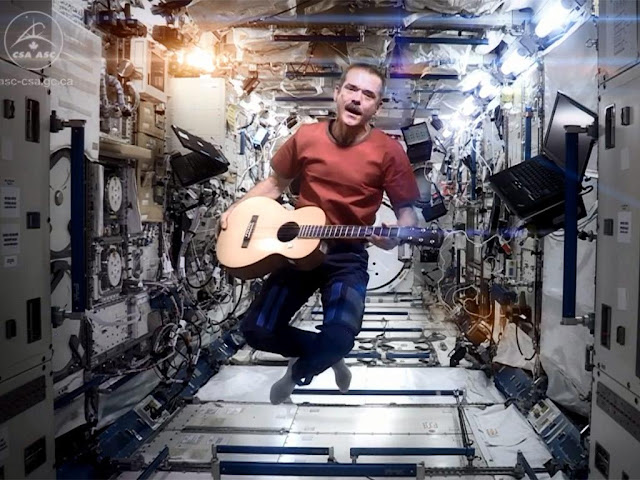 (Note: This video cannot be reproduced and is licensed for online music use only.)

With thanks to Emm Gryner, Joe Corcoran, Andrew Tidby and Evan Hadfield for all their hard work.