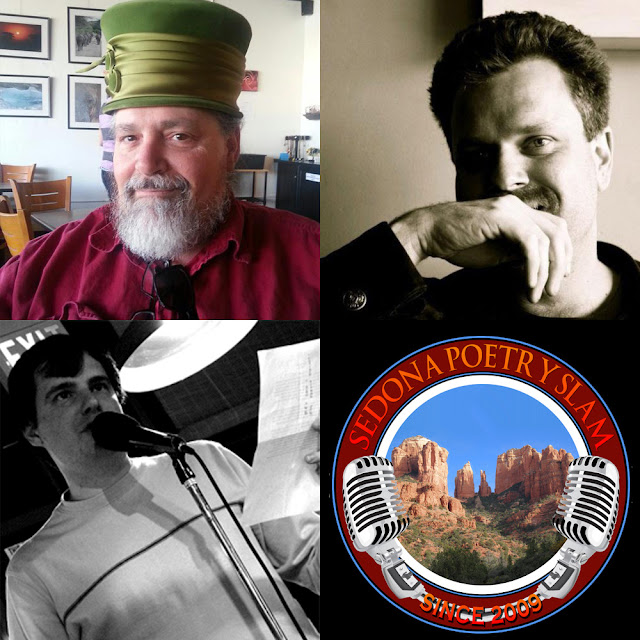 The Sedona Poetry Slam returns for its 11th year bringing high-energy, competitive spoken word to the Mary D. Fisher Theatre on Saturday, Sept. 7, at 7:30 p.m. The slam kicks off the 2019-2020 season with three featured slam poets who are among the best in Arizona’s history.

Bernard “The Klute” Schober is the most recognizable voice from Arizona on poetry slam’s national stage. He grew up along the shores of the Atlantic Ocean on Palm Beach, Fla., where he cultivated a love of sharks to become an activist for shark preservation through the medium of spoken word. He has had the privilege of deep sea diving with those fantastic fish, from the Great White sharks of Isla Guadalupe, Mexico, to the reef sharks of Egypt’s Red Sea coast.

Klute has represented Sedona, Mesa and Phoenix and at the National Poetry Slam 10 times between 2002 and 2014 and has opened for spoken word superstars such as Saul Williams and Amber Tamblyn. He has been the featured performer in such legendary venues as Vancouver’s Cafe Deux Soliels and New York City’s Bowery Poetry Cafe.


His first spoken word CD “Reading the Obituaries Over My Dead Body” and his first book, “Klutopocrypha,” were released by Brick Cave Books. He published a book of shark-themed poems “Chumming the Waters” in 2016. His second book of shark poems “Cap’n Klute’s Ocean Almanac” is illustrated by Arizona artists Gary Bowers and Jan Marc Quisimbing and 100% of book sales go to shark conservation nonprofits. 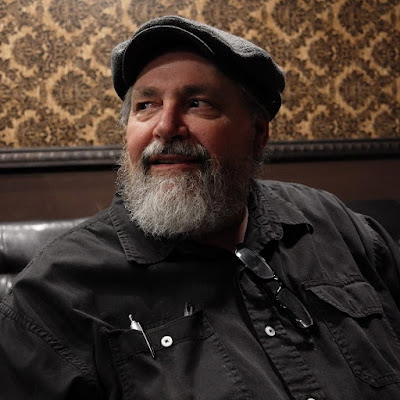 Bill Campana is a 1955 model who has outlived his warranty.  He has three books of poetry out with Brick Cave Media: “Said Beauty to the Blues,” “The Ragtime of Modern Living” and “flotsam and gomorrah (parlour tricks and other mysteries).”

He currently hosts the open mic portion of the Caffeine Corridor Poetry Series on Grand Avenue in Phoenix.

He has a high school diploma but has no idea where the hell it is.

Campana has competed with the Mesa National Poetry Slam Team multiple times on the national stage and is known as the loudest voice in poetry slam.

Hare was a pioneer in the field of poetic sarcasm before the age of snark.

Hare has hosted more than his fair share of poetry events and featured at nearly every venue in the Phoenix Valley.

The poetic trio will perform between the competitive rounds of the regular poetry slam.

Contact host Christopher Fox Graham at foxthepoet@yahoo.com to sign up to slam early by Friday, Sept. 6, or arrive at the door by 7 p.m. Sept. 7 to sign up the day of the slam. Poets who want to compete should purchase a ticket in case the roster is filled before they arrive. The Sedona Poetry Slam will be hosted by Graham, who represented Northern Arizona on 12 FlagSlam National Poetry Slams in 2001, 2004-06, 2010 and 2012-18. Graham has hosted the Sedona Poetry Slam since 2009.

For seven years, Sedona sent a four-poet team to National Poetry Slam, held in different cities around the United States every August. Sedona sent its first team to the 2012 NPS in Charlotte, N.C., its second to the 2013 NPS in Boston and Cambridge, Mass., and its third and fourth to Oakland, Calif., its fifth to Decatur, Ga., its sixth to Denver and its seventh to Chicago.

The Sedona National Poetry Slam Team, chosen in May, will represent the city at national events around the country in 2020.
The thoughts of Foxthepoet at 2:17 PM No comments: