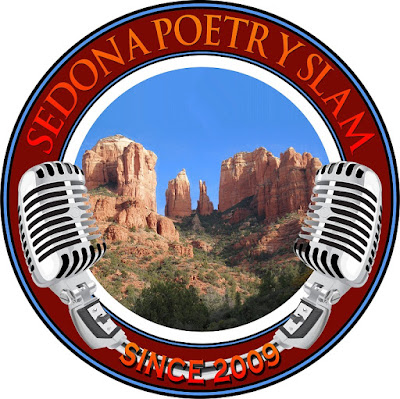 The second slam of the spring will be held Saturday May 25.

Contact host Christopher Fox Graham at foxthepoet@yahoo.com to sign up to slam early by Friday, April 26, or arrive at the door by 7 p.m. April 27 to sign up the day of the slam. Poets who want to compete should purchase a ticket in case the roster is filled before they arrive. The Sedona Poetry Slam will be hosted by Graham, who represented Northern Arizona on 12 FlagSlam National Poetry Slams in 2001, 2004-06, 2010 and 2012-18. Graham has hosted the Sedona Poetry Slam since 2009.

Poetry slam has become an international artistic sport, with more than 100 major poetry slams in the United States, Canada, Australia and Western Europe. Slam poets have opened at the Winter Olympics, performed at the White House and at the United Nations General Assembly and were featured on "Russell Simmon's Def Poets" on HBO.

For the last seven years, Sedona sent a four-poet team to National Poetry Slam, held in different cities around the United States every August. Sedona sent its first team to the 2012 NPS in Charlotte, N.C., its second to the 2013 NPS in Boston and Cambridge, Mass., and its third and fourth to Oakland, Calif., its fifth to Decatur, Ga., its sixth to Denver and its seventh to Chicago.

Unfortunately, there will be no National Poetry Slam this year due fiscal insolvency of the parent nonprofit, Poetry Slam Inc., last fall. The Sedona poetry slam, however, is doing well as it heads into its 10th year of hosting poetry slams in the Verde Valley.
The thoughts of FoxThePoet at 12:47 PM