"How to Write a Political Poem" by Taylor Mali

You can bet money you're going to hear a political poem when a white poet starts singing "Amazing Grace," or a black poet begins with a Negro Spiritual tune; they won't finish the song, because, "Stop in the middle of a song that everyone knows and loves / This will give your poem a sense of urgency."

The best tip for anyone who wants to write a political poem is to read and listen to Taylor Mali's "How to Write a Political Poem" ... then not write that way.

A little satire is good for the soul. It makes us better writers.

How to Write a Political Poem
By Taylor Mali

However it begins, it's gotta be loud
and then it's gotta get a little bit louder.
Because this is how you write a political poem
and how you deliver it with power.

Mix current events with platitudes of empowerment.
Wrap up in rhyme or rhyme it up in rap until it sounds true.

Glare until it sinks in.

See, that's the Hook, and you gotta' have a Hook.
More than the look, it's the hook that is the most important part.
The hook has to hit and the hook's gotta fit.
Hook's gotta hit hard in the heart.

Because somewhere in Florida, votes are still being counted.

And Dick Cheney is peeing all over himself in spasmodic delight.
Make fun of politicians, it's easy, especially with Republicans
like Rudy Giuliani, Colin Powell, and . . . Al Gore.
Create fatuous juxtapositions of personalities and political philosophies
as if communism were the opposite of democracy,
as if we needed Darth Vader, not Ralph Nader.

Amazing Grace, how sweet the—

Stop in the middle of a song that everyone knows and loves.
This will give your poem a sense of urgency.
Because there is always a sense of urgency in a political poem.
There is no time to waste!
Corruption doesn't have a curfew,
greed doesn't care what color you are
and the New York City Police Department
is filled with people who wear guns on their hips
and carry metal badges pinned over their hearts.
Injustice isn't injustice it's just in us as we are just in ice.
That's the only alienation of this alien nation
in which you either fight for freedom
or else you are free and dumb!

And even as I say this somewhere in Florida, votes are still being counted.

And it makes me wanna beat box!

And maybe they are still counting votes somewhere in Florida,
but by the time you get to the end of the poem it won't matter anymore.

Because all you have to do is close your eyes,
lower your voice, and end by saying: 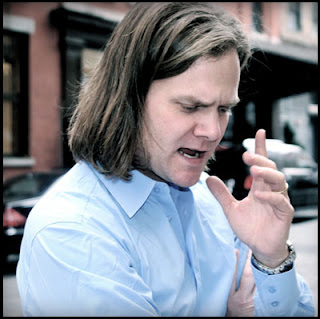 Taylor Mali is one of the most well-known poets to have emerged from the poetry slam movement and one of the few people in the world to have no job other than that of poet. Eloquent, accessible, passionate, and often downright hilarious, Mali studied drama in Oxford with members of The Royal Shakespeare Company and puts those skills of presentation to work in all his performances. He was one of the original poets to appear on the HBO series Russell Simmons Presents Def Poetry and was the "Armani-clad villain" of Paul Devlin's 1997 documentary film SlamNation.

Born in New York City into a family some of whose members have lived there since the early 1600s, Taylor Mali is an unapologetic WASP, making him a rare entity in spoken word, which is often considered to be an art form influenced by the inner city and dominated either by poets of color or those otherwise imbued with the spirit of hip-hop.

Mali is a vocal advocate of teachers and the nobility of teaching, having himself spent nine years in the classroom teaching everything from English and history to math and S.A.T. test preparation. He has performed and lectured for teachers all over the world, and his New Teacher Project has a goal of creating 1,000 new teachers through "poetry, persuasion, and perseverance."

He is the author of two books of poetry, The Last Time As We Are (Write Bloody Books 2009) and What Learning Leaves (Hanover 2002), and four CDs of spoken word. He received a New York Foundation for the Arts Grant in 2001 to develop Teacher! Teacher! a one-man show about poetry, teaching, and math which won the jury prize for best solo performance at the 2001 Comedy Arts Festival.

Formerly president of Poetry Slam, Inc., the non-profit organization that oversees all poetry slams in North America, Taylor Mali makes his living entirely as a spoken-word and voiceover artist these days, traveling around the country performing and teaching workshops as well as doing occasional commercial voiceover work. He has narrated several books on tape, including The Great Fire (for which he won the Golden Earphones Award for children's narration).

The thoughts of FoxThePoet at 11:00 AM